Bangladesh 2015: A Year of Bloggers, Writer, Publishers murder in the hands of Islamism and its beneficiaries 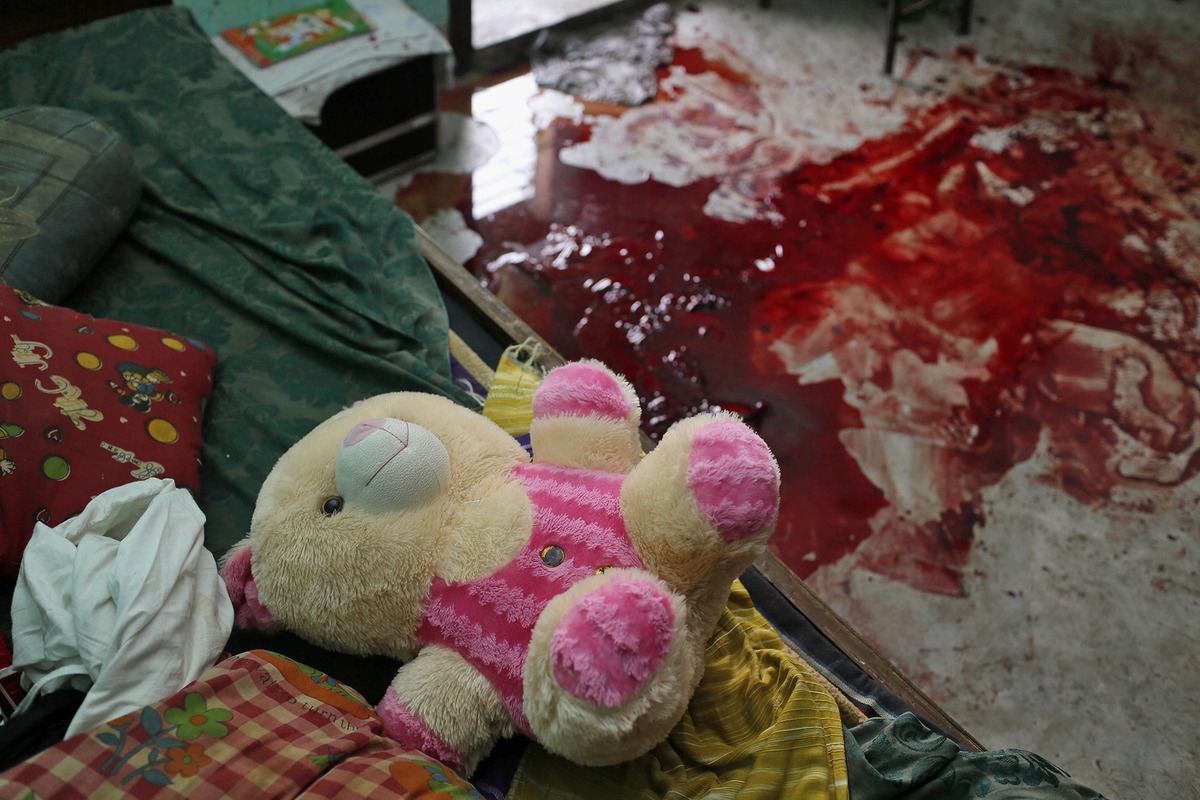 Year 2015 was the darkest of times in Bangladesh’s history. Like 1975 murder of the founding president Sheikh Mujib, which wiped off all the secular achievements of the 1971 Independence war against Pakistan, 2015 will be remembered by the world as the year of Atheist bloggers, authors, publishers killing. Such an irony, in front of the eyes of current chief executive of Bangladesh, the daughter of President Sheikh Mujib bloggers and publishers were assassinated one after another, attacked in the streets, at home or office, countless bloggers were persecuted by infamous ‘Section 57, a blasphemy law’. this resulted in mass hysteria among the huge number of bloggers, activists, a lot of whom eventually fled the country tarnishing the ‘secular image’ of Bangladesh.

In this one year, 2015, Bangladesh became killing ground of not only bloggers, but death valley for freedom of speech altogether. Government officials, ministers, police repeatedly warned blogger of ‘not crossing the line’, immediately after every brutal murder by Islamists, as if Islamists were working in tandem with the power that is ‘running’ the country. Large section of traditional media chimed in to this victim blaming.

The result was devastating for the psychological state of bloggers, writers, publishers and vocal activists in general. The fear of sudden attack coupled with threat of Jail or persecution by hand of law supported by vicious media created such a toxic psychological atmosphere for the already afraid critical and creative minds that people were fleeing the country in flocks. This suffocating atmosphere resulted in creating perfect condition for ISIS to expand globally. The DAESH magazine ‘Dabiq’ declared Bangladesh it’s next target as Islamic State. We can only assume Bangladesh Government got a pat on the back by Saudi Arabia for ‘handing’ the ‘terrorists’ in Bangladesh. The ‘terrorists’ being the Atheists, in Saudi eyes.

Bloggers running for life could not go to the Police, as they were being told by Police: ‘we can’t give you protection, best bet is flee the country’. Son of Sheikh Hasina, Sajib Wazed Joy, an adviser of the Prime Minister, told Reuters that Awami League, party running the country right now cannot aggravate Islamists in fear of loosing vote.  His Mother Sheikh Hasina expressed her condolence to Father of Slain Science writer blogger Avijit Roy in secret, over the phone. She was afraid if news of this phone call leaked to the press, her ‘approval rating’ would diminish under the Islamisms’ blinding sun. It seems to us, Islamists are already in power, reigning on top of the administration, righteously.

We know very well the Islamists are powered by favourable donations and assistance from Saudi Arabia, Great Britains dog without a leash. Bangladesh do not want to be seen as aggravating either Saudi Arabia, or Britain. We have not forgot Britain and Bangladesh both flown national flag at half mast after death of Saudi King at the beginning of this Glorious Saudi year. Peasants like Atheists, bloggers, authors and activists are may be mere thorn in the Islamist rear-end, but they are a very painful one, a pain Saudi-British-Bangladeshi political power could not just ignore.

Freedom of Speech, no more.

Section 57 of the Information Communication Act was weaponized back in 2013. This year Bangladeshi intellectual diaspora witnessed its full wrath. In this vague and blunt law, God, prophet and Political personalities are treated equally, protected from criticism by average Joe. The law implants fear into the minds of bloggers, writers who can be arrested without warrant, detained indefinitely, fined unbelievable amount of sum or worse see jail sentence of 14 years. The literal meaning of that is death of a non-criminal persons carrier and potentially life. That fear is enough for the rest of the criticizing blogger community to fold inwards, hide and eventually give up writing altogether. Big win for Islamism and would be dictator PM Sheikh Hasina. Earlier this year, a translation of Ali Dashti’s “23 Years, a Study of the Prophetic Career of Muhammad” was seized by Islamists thugs, in front of the eyes of law in Bangladesh. No one even dared to protest. Recently the same Islamist mob vandalized traditional ‘Baul festival’, just because the Bauls, the Mystical singers of rural Bangladesh do not conform with Imported Wahabi Salafism. No one dared to stop the Islamist mob. That is the price Bangladesh is paying by criminalizing Atheistic blogging. Attacks on other religious sects continue year long. No newspaper dares to publish Humanistic / Atheistic article in fear of retaliation. Publishing of Cartoons have already become a taboo after Islamists threatened to burn the major daily newspaper Prothom-Alo. This year Bangladesh DGFI (the Pakistani carbon copy of ISI, local CIA enforcer) ‘ordered’ businesses not to advertise in the same news paper, exerting another level of government control. This year also saw prolifaration of ‘hit lists’ and threats to news papers, dictating conditions such as women journalists to be sacked, no reporting on killing of Atheist bloggers, no negative coverage of Islamist thugs etc. We know Islamist scum are everywhere, but only in Bangladesh, they get approval seal from the government. you’re surprised? Read this Letter to Prime Minister and president of Bangladesh signed by thousands of secular activists from all over the globe. Awami League itself loosely maintains it’s own Islamist wing demanding stupid measures against Atheists and overall secular values of the nation.

Future of Human race is Humanism, but what of Bangladesh?

Bangladesh is known as ‘Secular’ state to the rest of world, however, the meaning of Secularism inside the country is skewed to the degree that UN Special Rapporteur on Freedom of Religion or Belief, Heiner Bielefeldt, recently had to comment on the contradictions found in Bangladesh constitution. Interested parties can read section III  Constitutional principles and their application in practice in the report. This struggle between real secularism and covert Islamism took a dirty face this year when blood of bloogers were spilled on the streets.

Humanism, as we Atheists want to promote in Bengali diaspora, is based on values steaming from reason, morality,  natural law and overall well-being of people regardless of religion and economic class. However, the Islamist bubble seems to have engulfed the secular narrative practised by dwindling down number of civil societies. The 1991 transition from military rule to democracy gave us hope but even after 24 years in ‘democracy’ we seem to have failed to fulfil the basic requirements of a proper democracy. This is sad and no signs of recovery can be seen in the horizon.